A new exciting colletion of wines from Bodegas Agustín Cubero.

Easy to drink wines, but also full of fruit and body to conquer all types of customers.

Red young wine, an interesting blend of Grenache and Tempranillo.

Amazingly expressive, silky and full-bodied wine, thanks to the great quality of the grapes and a short ageing time in barrel.

A new exciting colletion of wines from Bodegas Agustín Cubero.

Easy to drink wines, but also full of fruit and body to conquer all types of customers. 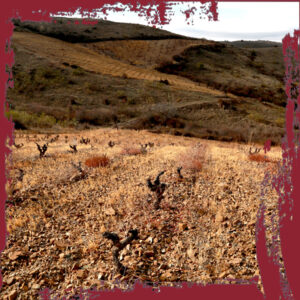 Balanced, smooth and elegant, Fruity and easy to drink

Send me a message: 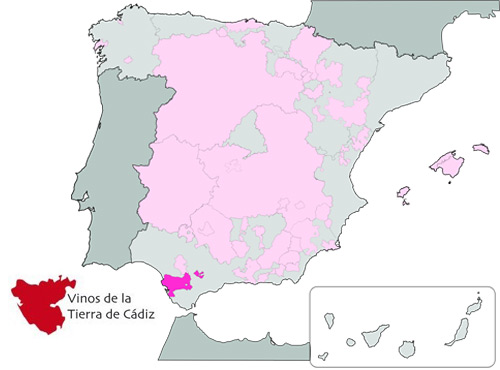 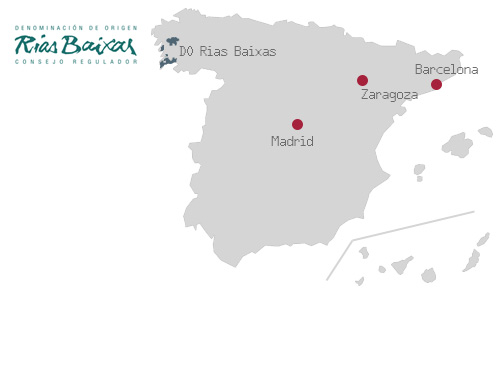 It is an agency out of the ministry of agriculture, foods and environment. It is made up of farmers, processors and representatives of the Comunidades Autónomas of the “Region of Cava” and the ministry.

The D.O. Cava history dates back to 1959, where cava is mentioned for the first time. The sparkling and aerated wines began to be regulated in 1969, so they are named the products of the D.O. Cava. 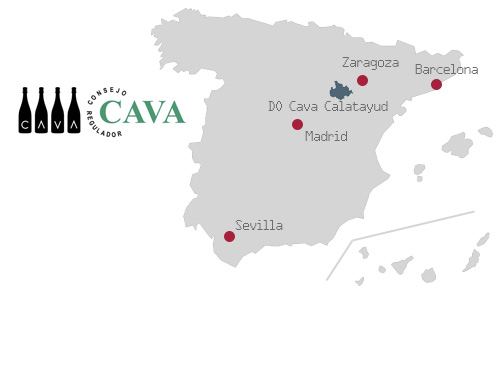 The Consejo Regulador for the sparkling wines was made similarly to that of the Denomination of Origin in 1972.

The “Region of the Cava” was established and delimited in 1986. So the Cava is protected in the EU and reconognized with sparkling wine quality and produced in a specific region.

Since this area acquired DO status in 1980, it has been progressively building an identity of its own. Its wines are well-made, full-bodied and dense, with clear, fruity aromas.

While most production continues to be red wine, the number of crianzas is steadily increasing. Today, both red and rosé wines have won the respect of experts, and the intensely fruity, young reds are enjoying considerable commercial success. As a result, exports have doubled since 1995.

Campo de Borja’s best wines are made in temperature-controlled equipment that preserves the full measure of intensity and personality proffered by the grapes and climate. Dense and very fruity, they are strongest of the wines made in Aragon.

Ancient oak vats traditionally used for fermenting wines are still common in the labyrinthine cellars of the hill-villages. Nowadays, however, they are used only for storage and are slowly being replaced by concrete vats.

La Rioja is a region, consisting of a single province, located in the north of Spain. It has an area of 5,045.25 sq kilometres/ 1,948 sq miles. The regional capital is Logroño.

While the Rioja D.O.Ca. is famous for its red wines, it also produces notable whites and rosés. Its most important and well-known grape is Tempranillo,  the world-renowned, indigenous variety that produces superb red wines.  This grape gives the wines their elegance, their powerful aromas, and their complex flavours. During  careful months of ageing in barrel, it confers the personality and characteristics that distinguish the exceptional wines from Rioja

Most Rioja wines are aged according to strict specifications, and only released when they have reached a peak of refinement which fully satisfies the discerning consumer. This is just one of the factors that makes La Rioja unique in the world of wine.

Using Tempranillo as their principal grape variety, the wine-makers of La Rioja D.O.Ca blend it with carefully chosen proportions of varieties such as Garnacha, Mazuelo and Graciano, among others. In this way, they produce young wines, crianzas (aged for at least 12 months in barrel, then another year in the bottle), reservas (at least a year in barrel and two more in the bottle) and gran reservas, which spend at least two years in barrel and another three in the glass before their release.

Not all wines from Rioja, however, are produced under these strict and traditional aging specifications. Indeed, some ‘modern’ wines come from pagos, (individual vineyards or estates which use only their own grapes) as producers and oenologists strive to offer wines with a distinctive, local character

La Rioja’s first bodegas date back to 1870-1890, when French wine merchants from Bordeaux arrived to sample the wines of the region. The production of Rioja wines increased during the 20th century and their reputation became firmly established in both domestic and international markets.

More recently, there have been exciting developments with distinctly modern architectural designs making their mark on the landscape, and even underneath it, as new bodegas are carved many meters beneath the earth. New works by world-renowned figures like Santiago Calatrava and Frank Gehry rub shoulders with historic, traditional bodegas and make La Rioja a great place to visit, with its excellent wines, cuisine, and spectacular scenery, set against the rugged mountains of the Sierra Cantabria.

Guided tours along Rioja’s wine-tasting routes lead visitors through enchanting villages and towns in the heartland of the region like Haro, Labastida, Cenicero, and Elciego.  Here, they can explore marvelous bodegas and taste incredible local wines.

The I.G.P. “Vino de la Tierra de Castilla y León”, was made in 2000, supported a group of big winemakers, whose role was to channel a big part of the elaborated wine in the area of Castilla and Leon. The recent European regulation gave the IGP the same level as the DOP. This led to a constant increase in their production of wines.

They are wineries that produce, store, pack, bottle and/or label wine, in the area of Castilla and León, certified by the corresponding control office.

The wineries that are outside of Castilla and León do the bottling activity “in destiny” and can also be accepted because the wineries buy the wine in bulk from the area of Castilla y León.

The history of the Denomination of Origin “Rías Baixas” began in 1980. The Regulation of Specific Albariño Denomination and their Consejo Regulador (Regulatory Council) was approved four years later on April 30, 1984.

The Denomination of Origin “Rías Baixas” was first recognized in 1988.

In 1988 the D.O. Rías Baixas had 3 perfectly separated subzones in the region of Pontevedra: Val do Salnés, Condado do Tea and O Rosal. In October of 1996, Soutomaior was added and in May of 2000, the Ribeira do Ulla.

The Denomination of Origin is located around a group of areas from Galicia with the same physical conditions that identify and create the characteristics of its wines.

They are located in lowlands, with a normal altitude less than 300 meters, close to the sea and are together in the low parts of the rivers. The climatic characteristics of the Atlantic Ocean influences weather by producing mild tempertatures and a lot of rainfall throughout the region but with less rainfall during the summer.

Human factors: The development of the wine industry (cultivation of the vine and elaboration of the wines as activity of recognized quality) is due to the climatic conditions, the composition of the soils, and the ancient historical circumstances known since the Phoenicians.

The Ribera del Duero is blessed by a combination of terroir, microclimate and a native grape that gives superb, complex red wines. At this altitude Tempranillo (also known as Tinta del País or Tinto Fino) gives thin-skinned and refreshingly acid fruit, which in turn produces wines that are delicious when they are young but also have the capacity to age into magnificent Gran Reservas.

After the creation of the D.O. in 1982 many vineyard sites were replanted and bodegas of every kind, ranging from small family operations to large cooperatives and single-estate bodegas, began to invest in modern winemaking technology.

At the same time families who for generations grew and sold their grapes to bodegas have been building their own small wineries and the Regulating Council (Consejo Regulador) has been encouraging research and development projects ranging from computerized harvesting checks to alternatives to traditional pesticides.

This newly acquired collective expertise has made a huge impact on the quality of the wines, which are now exported right around the world. There is a wine museum in the castle at Peñafiel and a Centro de Interpretación del Vino en Aranda del Duero (Burgos) 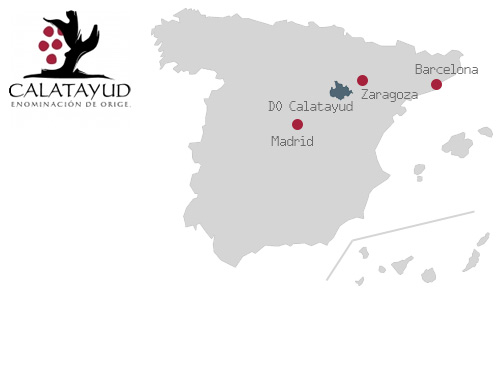 When Calatayud achieved DO status in 1990, it became Aragon’s second-largest quality wine-producing region after Cariñena. Since then, it has been upgrading and perfecting its wines with both cooperative and private bodegas undertaking progressive improvements. There has been considerable investment in new technology, new winemaking systems, and vineyard research. Thanks to all of these factors, the Calatayud wines are now beginning to show their true potential.

Many of the new wines are exploring the possibilities of the Garnacha grape, harvested when fully mature. A new category of young red wines called Calatayud Superior is made from Garnacha Tinta from vines that are at least fifty years old, with yields of no more than 3,500 kg per hectare.